Cerebral palsy is caused by damage to the developing brain before, during, or shortly after birth. There are multiple types of brain damage that can lead to several different forms of cerebral palsy. Learn more about cerebral palsy by downloading our free guide.

About 70% of cerebral palsy cases result from a birth injury. Was your child one of them?

Cerebral palsy is usually caused by injury to the brain that affects a child’s ability to control their muscles.

Damage to different parts of the brain can result in different types of cerebral palsy.

Brain damage can lead to permanent problems with motor control, coordination, and balance. The level of disability depends on the severity of the brain injury and the resulting physical and neurological symptoms of cerebral palsy.

According to the Centers for Disease Control and Prevention (CDC), 85-90% of all cerebral palsy cases are congenital, meaning they’re present at birth.

Determining the cause of your child’s cerebral palsy

It can take anywhere from several months to several years to find out what caused your child to develop cerebral palsy. Part of the problem is that many children aren’t diagnosed with cerebral palsy until they’ve grown older and the symptoms have become more noticeable. From there, parents may need to work backward to find out what caused their child’s condition.

The CDC recommends screening children for developmental delays at 9, 18, 24, and 30 months. You should contact your pediatrician if you’ve noticed your child missing any developmental milestones so they can determine the exact cause.

Doctors will use computer tomography (CT) scans and magnetic resonance imaging (MRI) to find damaged areas of the brain. These imaging tests can help doctors determine the cause of cerebral palsy.

Speak with one of our registered nurses today for help getting a cerebral palsy diagnosis.

Talk to a registered nurse about your child's CP

Tell us your story. Ask us questions. Learn about next steps.

Call or chat for free

There are several common issues that can cause brain damage and cerebral palsy. Each of these factors can cause abnormal brain development depending on how severe the damage is. 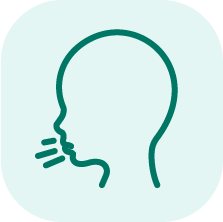 Asphyxia is caused by a lack of oxygen flow to the brain. An early detachment of the placenta, a ruptured uterus, or a pinched umbilical cord during birth can all restrict blood flow and cause oxygen deprivation to tissues in the brain and other body parts (hypoxia). Brain hemorrhages occur from abnormal bleeding in the brain caused by ruptured blood vessels. Hemorrhages that occur before and during childbirth can cause serious brain damage that may lead to cerebral palsy. Head injuries may occur during labor or delivery or within the first few years of life. Trauma to an infant or toddler’s developing brain can cause damage that leads to cerebral palsy. The link between genetics and cerebral palsy is still being researched today. A study published in the journal Nature Genetics found that 14% of all cerebral palsy cases can be linked to rare genetic mutations. Children with low birthweight have an increased risk of experiencing birth-related complications and developing cerebral palsy.

According to the CDC, infants who weigh less than 5.5 pounds — especially children weighing less than 3 pounds, 5 ounces — are at greater risk of having cerebral palsy.

Infants with low birthweight may also have a harder time fighting off infections that can lead to brain damage if left untreated. 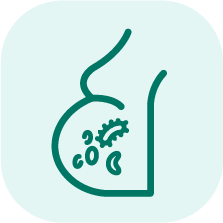 Mothers can pass infections to the fetus during pregnancy, which is especially dangerous in the first few weeks after conception. Viruses can cause the mother’s immune system to release proteins that can cause inflammation in the fetal brain.

Rubella (German measles) and cytomegalovirus (CMV) are major risk factors during pregnancy that can result in a child developing cerebral palsy.

Pregnant women who eat raw or undercooked meat have greater chances of getting an infection. 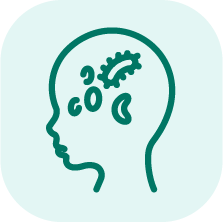 Newborn infections such as meningitis can cause serious brain damage. Meningitis causes severe inflammation that may damage the motor control centers of a child’s brain, resulting in cerebral palsy. 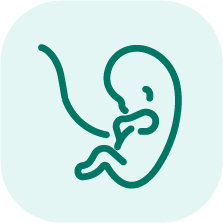 Infants born prematurely have a greater risk of developing cerebral palsy. Children born before the 37th week of pregnancy are considered premature.

Babies born before the 32nd week of pregnancy have a very high risk of having cerebral palsy, according to the CDC.

The CDC also states that many premature infants have medical problems that can put them at risk for cerebral palsy. Newborns often experience mild cases of jaundice after birth. Jaundice is caused by a buildup of bilirubin, which shows up as yellowing of the baby’s skin and the whites of their eyes.

Most cases of jaundice clear up once the excess bilirubin is filtered out by the liver. However, severe untreated jaundice can develop into kernicterus, which causes an unsafe level of bilirubin in the brain. High bilirubin levels can be toxic and cause brain damage that leads to cerebral palsy.

If you think one of these factors might have caused your child to develop cerebral palsy, you may be eligible for financial compensation. Reach out to our team now for a free consultation.

Children can experience different types of cerebral palsy depending on the location of brain damage.

The areas of the brain that control motor skills are the motor cortex, cerebellum, basal ganglia, and pyramidal tracts. These areas relay impulses from the brain to the nerves and muscles to control movement.

Damage to these parts of the brain can result in movement impairments and intellectual disabilities.

Unfortunately, many cases of cerebral palsy are caused by careless errors by health care professionals during childbirth. Cerebral palsy caused by medical negligence could often have been prevented.

Forms of medical negligence that can lead to cerebral palsy include:

If you believe your child may have cerebral palsy caused by medical negligence, you may be eligible to pursue financial compensation. Get a free case review today to learn more about taking legal action.

Get Answers to Your Questions
I'm here to help!Have questions about your child’s birth injury?

What is the main cause of cerebral palsy?

The main cause of cerebral palsy is brain injury caused by lack of oxygen to a baby’s developing brain.

Children with brain damage from lack of oxygen (hypoxia) may have issues affecting their fine motor skills, movement, coordination, muscle tone, and development.

If your child is experiencing any of these symptoms, it’s important to see a doctor. Speak with our team of nurses today at (855) 220-1101 to get connected with the medical help you need.

What causes cerebral palsy during pregnancy?

Maternal infections can cause cerebral palsy during pregnancy due to inflammation in the brain.

When a mother develops an infection, it can increase the amount of certain proteins called cytokines that move around the baby’s brain and blood during pregnancy. Cytokines cause inflammation that can lead to brain damage in the baby.

Examples of bacterial and viral infections that can lead to brain damage include CMV, intrauterine infection (chorioamnionitis), and chickenpox.

Can cerebral palsy be genetic?

For example, a 2022 Boston Children’s Hospital study found that 1 in 4 patients with cerebral palsy had an underlying genetic condition.

Who is most at risk for cerebral palsy?

There are various risk factors for cerebral palsy. Generally speaking, though, babies who are born prematurely are most at risk of developing cerebral palsy.

Specifically, the chance of being born with cerebral palsy is higher in babies who have a very low birthweight and in those born before 32 weeks of pregnancy.

Speak with a live advocate about  cerebral palsy.